Third episode in already and 16 bachelors left vying for Emily’s love.  If this episode lives up to the teasers, it is going to be a doozie filled with drama!

Chris Harrison arrives at the guys’ mansion: Explains 3 dates: 1 group date, 2 individual dates.  And drops off the first date card.  “Chris, Love is a City Climb”  Chris, aka Mr Bobblehead, is going on a one-on-one date.  Emily and Chris arrive on their date and Emily informs Chris that they are going to climb up a building in order to get to their restaurant at the top.  Chris has grown on me since the over-the-top bobblehead incident.  As they’re going up the building it starts to storm with thunder and lightening.  Emily starts freaking out a bit and Chris is being really supportive and encouraging.  She says Chris passed that test.  Chris opts to give her a high five instead of a kiss.  They move over to their table on the top of the roof of this building.  Emily reflects on how confident Chris was and how he didn’t show much fear.  She admits to Chris that if she saw him in a bar she would not have had the guts to approach him.  She feels he is too attractive for her.  Chris reveals that he’s 25 and that alarms Emily because she didn’t realize he was that young (she is 26).  She’s worried he might not be ready to take on the task of raising Ricky with her.

Back at the mansion Tony calls his son.  He explains that being away from him has been really hard.  Date card arrives… Charlie, Alejandra, Stevie, Ryan, Alessandro, Sean, John, Michael, Doug, Jef, Tony, and Travis: “Let’s Play.”  Tony feels confident he’s going to get the rose on the group date.

Back with Chris and Emily, he explains how he’s young, but he’s a man.  He feels he’s at the right point in his life to fall in love and start a life together.  She is just beaming.  He is coming across very attractive and mature.  After they talk, Emily gives him in the rose.  She walks him down the street where Luke Bryan is singing.  And in typical Bachelor fashion, they have a slow dance in front of the stage.  He wants to be a gentleman and asks her if she would mind if at the end of the song if he gives her a kiss.  She said “why don’t you try and you’ll find out?”  So he does, and of course she kisses back.  Very cute!!  I predict he will make it far in this show.  I can see a definite spark between them.  And it seems mutual on both parts.

Group date!  Emily’s holding a football as the guys arrive. After a little chit chat, Emily leaves and says she’ll be right back.  She goes on the other side of the park and meets up with her girlfriends.  She informs the girls they are going to be interviewing the guys to see which ones are ready for fatherhood and just give their opinions on the guys.  Emily walks the guys over to the girlfriends and explains they are each going to be interviewed.  The guys begin to panic immediately.  The girls really grilled the guys and made them uncomfortable and made quite a few of them dance or do push ups.  It was very cute to watch.  The girls made Sean take his shirt off and were just drooling over him. The interviewing over and Emily calls out a huge group of kids to come over and play with the guys.  The guys were all trying to prove how great they are with the kids.   Ryan backs away from the pack of kids to talk to Emily and the girls.  They tease him that after Emily gets married she’s just going to let herself go.  Ryan tells her he wouldn’t be okay with that.  He tries to back peddle a little and say that if she just let herself go because she got lazy, that would be bad.  He would still love her, just not “love up on her” as much.  Not winning brownie points with anyone, Ryan!!  I already had a feeling he wasn’t trustworthy.  Not a big fan of Ryan’s!  Her friends mostly picked Sean and Doug for her.

Dinner tonight at a restaurant called “Butter.”  Emily pulls Sean aside to have a heart to heart.  He talks about how much his parents are in love with each other and how much he wants that for himself as well.  Then she talks to Doug and he tells her about his upbringing.  He was raised by his father when he was little because his biological mom didn’t want anything to do with him or his sister and she skipped town.  One day his father passed away from complications from epilepsy.  After that he and his sister bounced from foster home to foster home.  Emily begins to cry as he tells his story.  She’s impressed with how happy he seems to be even though he went through such a rough childhood.

Back at the mansion, the date card comes from Arie.  “Love is a wild ride” the card says.  Kalon is jealous that he wasn’t picked for a one on one date.

Tony talks to Emily and tells her how much he misses his son.  She tries to comfort him and tells him it’s much harder on him than it is on his son.  She really feels for him missing his son though.  Tony and Doug are now outside talking and Tony is really emotional.  Doug tries talking him down from the ledge and telling him to stick around.  He calls his son to tell him he misses him and loves him.  On one hand I find it really sweet, but wow, it’s like too emotional this early on.  He’s only been away for a little bit.  Emily comes to talk to him.  She tells him that she wants him to be with his son, and she doesn’t see them going all the way to the end together so she doesn’t want to string him along and keep him longer away from his son.  She goes back and explains to the guys that she let him go home.  She grabs the rose and gives it to John, the blonde religious hottie.  I think he’s a great family man, but I do worry about a chauvinistic side to him.  He seems like he might be the type to think a woman’s place is in the home.  Which wouldn’t fly for me, but maybe it wouldn’t bother her.

Time for Arie’s one on one date with Emily.  Arie is one of my favorites.  They get in a limo, go  on a private plane, and head out to Dollywood.  Emily goes on her first ever rollercoaster.  I feel for her because I hate them as well and have never been on anything like the one they went on.  Arie and her went on the stage where Dolly performs to write a song, and suddenly Dolly Parton comes out and totally surprises Emily.  Dolly wrote a song specifically for the two of them.  Emily is just so excited and her whole face just lit up.  Dolly asks if she and Emily could talk for awhile for a little girl talk.  Dolly gives some advice and it’s just a sweet little scene.  I think Dolly is overshadowing Emily’s date a bit at this moment, but now they’re about to sit down to dinner together.  Arie talks about his ex girlfriend that had 2 kids that he helped with.  He said they all lived together.  They talked about how he’s a race car driver and she says she’s okay with that.  She tries faking him out like she wasn’t going to give him the rose and the look on his face was priceless.  He looked totally hurt and stunned, but then she started laughing and said she couldn’t pull it off and asked if he would accept the rose.  She said she feels like he must really like her because he looked so sad.  He said he does.  It was really sweet.  She’s really smitten with him and I can also see Arie going really far in this.  But like I said, he was one of my favorites from the beginning. 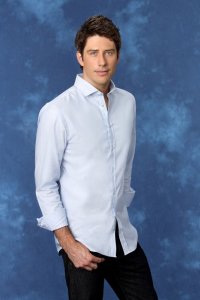 Cocktail party before the rose ceremony.  Emily looks stunning.  She first pulls Kalon aside.  Kalon told her he takes it personally when he doesn’t get a date.  He tells her that he always thought his first kid would be his own.  “I love it when you talk, but I wish you would let me finish.”  he says to her when she starts saying.  That was a big turnoff to her.  She found it condescending.  Duh!  That was terrible.  He’s very controlling.

So then she meets with Travis (the one with the ostrich egg) and he says he thinks it’s time to get rid of the egg.  If you love something you need to set it free…. he says.  So strange anyway!  The two of them stand together and Emily takes great pleasure in smashing “shelly”.   The men inside all toast to Shelly.  haha… that is so funny.  The egg was so ridiculous.

Now she has a seat on a bench swing with Alessandro.  She asks him how he would be as a father.  He says it would be a compromise to be a dad to Ricky.  She says don’t you think it’s an honor to be Ricky’s father and he disagrees and says no, it’s a compromise.  Marriage is about compromise and that would be one for me.  As he further explains himself more and more you can see she is getting more and more angry, however she is still keeping her composure really well.  Sean tells the guys that Alessandro admitted to her friends that he’s cheated on an ex and had a one night stand.  Emily walks Alessandro through the room where the guys are and escorts him out the door.  Alessandro says he’s completely shocked.  What a fool.  Now Emily is very mad.  She confides in Arie while she has a cocktail.  Then she has a sweet conversation with Sean.  He said normally he wouldn’t wait two days to see someone again that he had that good of a time with.  He tells her about how he’s prepared to step in as a father to Ricky.

I’m really surprised that now that these guys are showing their personalities, a lot of them are starting to look a lot better.  I wasn’t too impressed with these guys after the first episode, but some of them are definitely growing on me.

Rose ceremony…. only one person will be going home since she’s already sent home Tony and Alessandro.  Roses go to…. Jef, Charlie, Doug, Michael, Travis, Alejandro, Ryan (ugh!), John, Kalon, one rose left… Nate.  Stevie is going home.  I was surprised when Stevie wasn’t cut the first night.  He just isn’t classy enough for Emily.  I’m okay with him going… seems like a nice guy, but a little too squirrely. Ryan’s upset that Emily and Arie kissed in the house.  Ryan’s competitive side is coming out even more and he really treats this like a game. 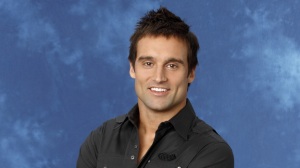