Justin Timberlake on SNL: She’s Got A D!%K movie preview

Justin Timberlake joined the “Five Timers” club on SNL last night by hosting his 5th episode of the show.  As always, JT did not disappoint with skits sure to be classics such as Veganville and the Dick in a Box guys paired with the Wild and Crazy Guys.  But one of the best moments came in the second half during a movie preview that looked all too real.  The preview could have been for nearly any romantic comedy movie out there.  Guy gets girl, girl has a secret, guy loses girl, guy proves the secret doesn’t affect his love for her and gets girl back.  The only difference, the girl’s secret is that she has a penis.  She’s Got a Dick stars Justin Timberlake, an adorable Brunette, Eugene Levy, and A Confused Black Friend.  Twitter went crazy with posts on this including A Confused Black Friend getting is his own Twitter account.  To see the full movie preview: click here . 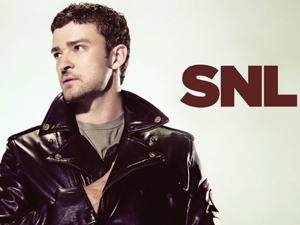