Radar Online reported that Vanessa Grimaldi, the so-called “winner” of the recent Nick Viall season of The Bachelor, was an aspiring actress and has her own IMDB page.  She has appeared on Blue Mountain State in 2010 and Being Human in 2011. 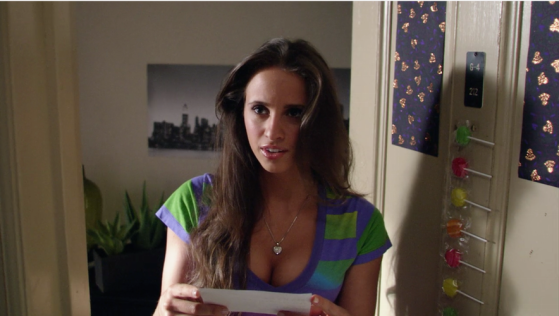 Twitter followers were shocked by this information and doubted that she went on the show “for the right reasons.”  Let’s not be naive here, folks.  Any of the gorgeous people on Bachelor/Bachelorette seasons could clearly go on match.com or use some other service to find themselves a mate.  A big draw for anyone to find love on the show is that it is in fact ON TV.  No matter what your career is, I am sure you are hoping it will get a boost by being on TV.  What person in their right mind wouldn’t want to make more money if they could?

Sure it makes for a cuter story that he fell in love with a special needs teacher from Canada, but I don’t think people should be freaking out over the fact that she dabbled in acting.   It also makes sense as to why she would be so willing to live in L.A. while Nick is filming Dancing with the Stars.  She also seems like someone who would want to keep a tight rein on her man.

Do I think Nick Viall and Vanessa Grimaldi will stay together?  Absolutely not.  It is very rare in Bachelor/Bachelorette history for the couples to actually get married and these two just don’t seem to have what it takes.  Nick went for the type of woman he’s generally attracted to and those aren’t the type of women that will work out in the long run for him.  He needs to stop going after women that will “challenge” him.  He needs to find a smart woman he can have meaningful conversation with (sorry Raven fans, she’s not the best match for him either) but not someone who is looking to get upset over things or pick fights. 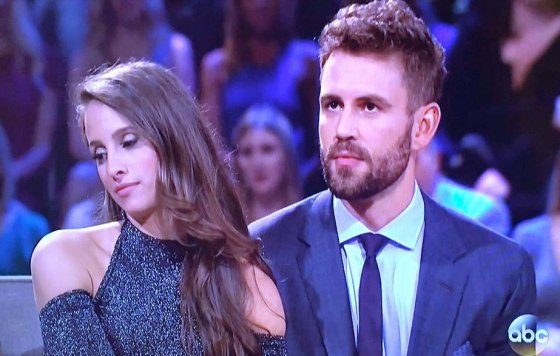