Spoiler Alert: The Next Bachelorette Is… 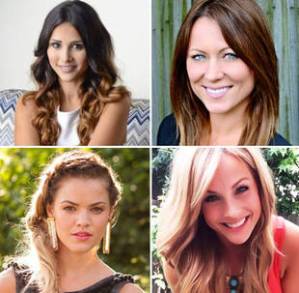 It shouldn’t be too much of a shocker who the lucky lady is that was chosen to be the next Bachelorette.  Andi Dorfman who voluntarily left the show in this week’s episode has been an audience favorite since episode 1 of the current season The Bachelor featuring Juan Pablo.  In this week’s Bachelor episode, we saw more of Juan Pablo’s true colors than ever before.  After the “romantic” overnight date in the famous fantasy suite, Andi told it like it is to Juan Pablo and America applauded.  Juan Pablo was very dismissive of the advice Andi tried to give him on how to communication in a relationship.  It’s not all about talking, it’s about acknowledging the other person’s feelings and listening.  A point that Juan Pablo had clearly missed and remained clueless about as Andi was driven away. Now Andi will have the chance of being the one in charge and being as selective as she wants to be when she is the Bachelorette next season.

Andi is an assistant district attorney in Atlanta, GA and has asked for a leave of absence from work so that she can be the next Bachelorette.  A move that has her boss puzzled (TMZ reports) as to why she would want to put a career (and a murder trial which is currently underway) on hold to pursue a dating reality show.  However, to many Bachelor/Bachelorette contestants, the show has helped them launch a career in the spotlight and I feel that is exactly what she has in mind.  Andi’s job is being held for her, without pay, and with the stipulation that she will return to work by May 31st.  Something tells me that won’t be happening.