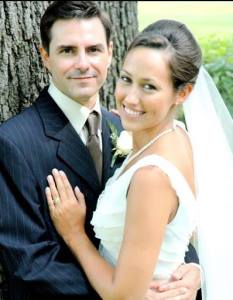 Kelsey Poe, the widow from the most recent season of The Bachelor with Chris Soules, is threatening to sue ABC, radaronline reports.  A source close to the situation is saying that Kelsey insists they should pay for the emotional damage that was done to her by the editing of the show.

Kelsey is currently undergoing therapy which is typically used for those with PTSD called EMDR – Eye Movement Desensitization and Reprocessing.  Kelsey believes that the show intentionally altered the plot to play off the tragedy of her late husband, Sanderson Poe, in order to get ratings.  She is saying producers should pay for her therapy or she will sue.  So far, ABC has not agreed to pay.

As I previously reported on Sanderson Poe’s Obituary, this further illustrates how delusional and creepy Kelsey really is.  Again, just like his obit, she’s making the whole show about her.  The show did not need Kelsey’s storyline for the ratings.  Sure, it didn’t hurt the ratings, but there were enough other crazy women on the show this season without it needing to be about Kelsey.  Also, during the “Women Tell All” episode, Kelsey at times pretended to cry, but no tears were actually generated.  When coming back from commercial break, she had the same cold, stoic look on her face as she always had.  Nothing about her is authentic and threatening to sue is just one more example of Kelsey trying to stretch her 15 minutes of fame.

I also find it interesting that throughout the season, Kelsey’s sister has come to her defense, but no one from Sanderson’s family has.  He has brothers and a father still alive that have not said a word about this whole ordeal.  It makes me think “if you can’t say anything nice, don’t say anything at all” and makes me question her authenticity even more.

What do you think?  Should she sue?  Was it all just in the editing? Do you think she killed her husband?  My prediction is that she will keep popping up for years to come still grasping for attention and fame.  I don’t think she’s going to go away quietly.